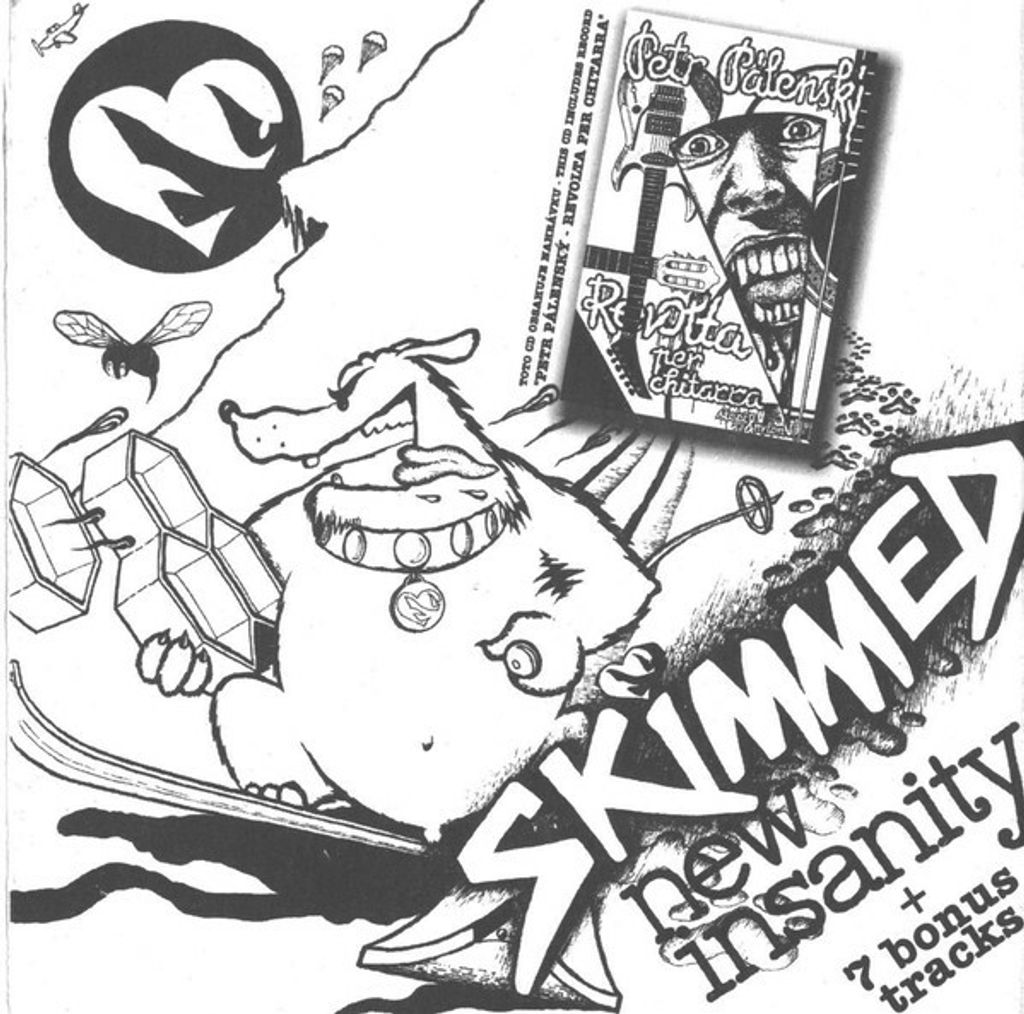 Insania formed in 1987. In 1988 they released a self-produced and self financed demo called "Possessed by Insania". They then cought the interest of the Czechoslovakian state police. So to fly under the radar, and still be able to perform Insania took the name Skimmed. So ironically the first official Insania album was released as Skimmed - "New Insanity". This is rough thrashcore with a punk attitude and (mostly) growled vocals. At times it kinda sounds like Scum and From Enslavement to Obliteration-era Napalm Death, but with a greater technical ability. At times the guitar work sounds like Killing Is My Business... And Business Is Good!-era Megadeth. If you are familiar with any of the other Insania-releases, then this is hardly recognizable as the same band. For a young rebellious band, this is not bad at all... Just don't expect your whole family to enjoy this release.

The CD-issue adds 7 bonus tracks. Five tracks from a compilation album called "Fuck off Major Labels". One never before released track, and one track from another compilation.

The CD-issue also includes the whole Revolta Per Chitarra album by Petr Pálenský (aka. Poly Insania).

This is a collection of instrumental tunes with focus on guitar. Both acoustic and electric. This is a really interesting release. It's like a mix between early Steve Vai (from his Flex-Able period) and Steve Howe's "Homebrew" series.

After this, Petr Pálenský would regroup and ressurect the Insania-name, for a much different musical direction.