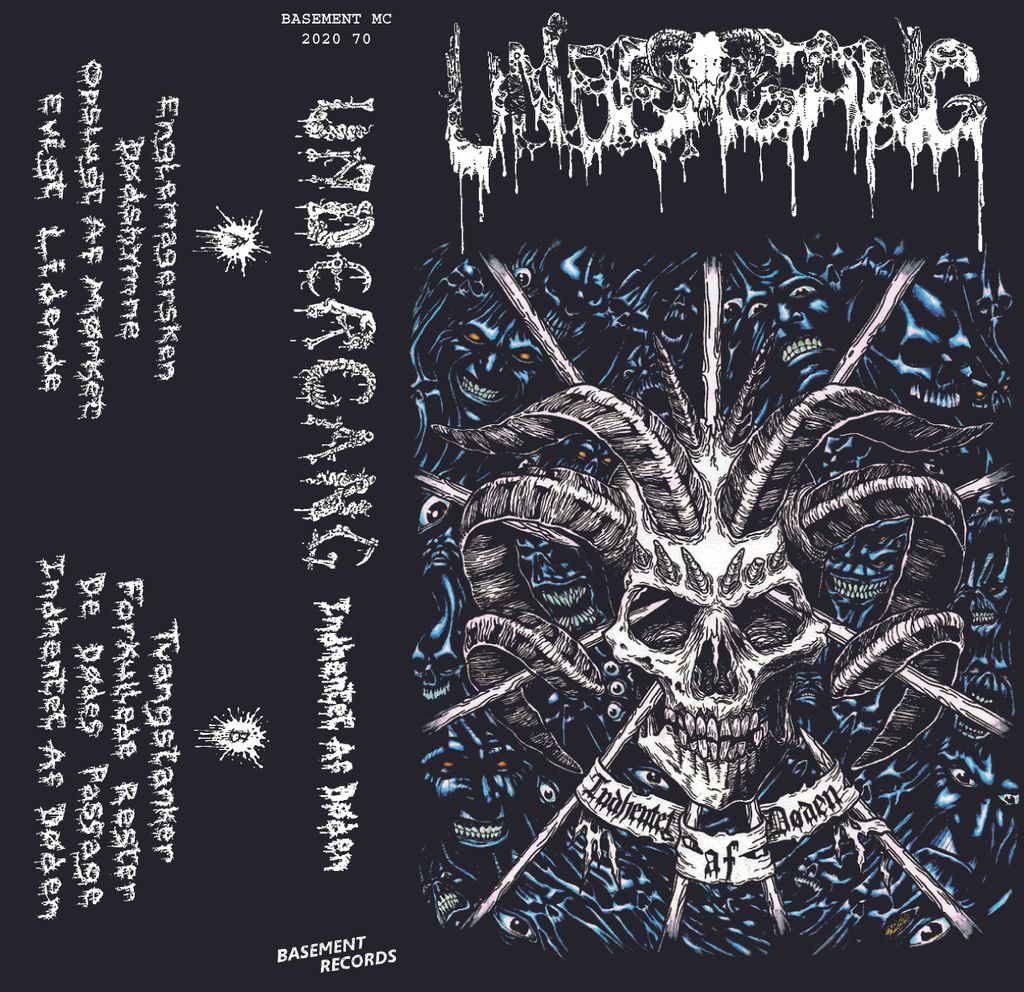 Here is a case of an album that if you bought it because you assumed the brutally cool album art was indicative of brutally cool death metal, then you would have proven yourself to be a sharp shopper, nonsensical reasoning notwithstanding. UNDERGANG's "Indhentet af Døden" represents a new level in Danish death metal decimation and depravity. Originally self-released (in a sense anyway) on cassette by the band in 2009 and then on vinyl by Me Saco Un Ojo Records, Xtreem Music brings you the CD version and damn it all to hell if it ain't one vicious kick to the privates.

Old school in the sense of its dread spreading, AUTOPSY-meets-ROTTREVORE muckiness and its Stockholm rottenness, yet diesel-powered with a production that is godlike in its thick, reverberating, bass distorted, and thunder-thud drum sound, "Indhentet af Døden" is still an abomination all its own. This is serious business and you will not believe the massive, incredibly well-suited production on this sucker.

After a half-minute of piano creepiness on "Englemagersken", the goo is blasted out of a cannon on "Dødshymne" with its fantastic lick and the kind of sickening groove for which most bands would force the new member to donate a kidney. The momentum is kept at that same altitude on the blast 'n stomp of "Opslugt Af Mørket", inclusive of a bass break that will make every last hair on your body stand up and snap off. And it continues right on rolling with the seriousness of a tank column on "Evigt Lidende" and the tempo shifting, bass slamming, blood spattered, and harmonic-pinched "Tvangstanker". Yes, every one of those descriptors was necessary. The necessity of an acoustic interlude called "De Dødes Passage" is arguable, yet it doesn't seem out of place either and gives one time to prepare for one more boot to the stones manifested in the form of the title track.

Topping it all off are vocals that are low, sewage gurgled, and unintelligible. But you can always read the lyrics, right? Only if you understand Danish. The only thing about which you should care is that something is rotten in Denmark and it's called "Indhentet af Døden". Get it now. (https://www.blabbermouth.ne)