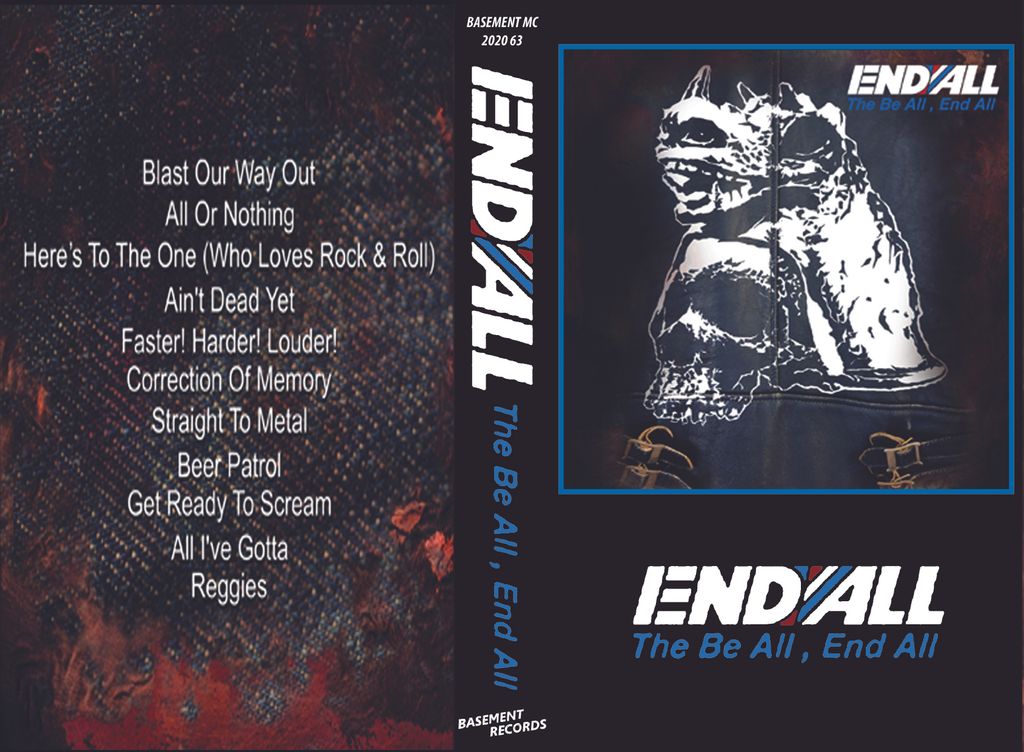 The 2nd full album following "SIGNS OF LIFE" (2017) by Tokyo-based Bakuso trio, ENDALL, has been fully released. In 2018, They performed at the world's largest metal festival "WACKEN OPEN AIR", which Germany is proud of, and experienced his first overseas performance. Satoshi(b), DAISUKE (g), and TOMOYUKI (dr) are the old school, as well as the latest, roaring band sounds that are in a dimension unrelated to genre segmentation. This time, it's been sharpened to the strongest state ever, as the thrash metal nerd truly convinced and those who love runaway rock and roll resonate violently. So with such a fulfilling new work, comrades such as DOUGEN (THOUSAND EYES etc.), BARA (HONE YOUR SENSE), HIDEKI (COCOBAT) add roar flowers as guests, and TAKE-SHIT (COCOBAT) deals with the artwork. The facts cannot be overlooked. Moreover, this work is the first release item from the label by the establishment of "Shibuya Metal Association", which is becoming a new source of information in the underground metal scene. There is no doubt that this band, which has been in existence for over 10 years, will scratch the scenes of the 2020s with the energy of metal soul, rock and roll spirit, and beer. (Yuichi Masuda)