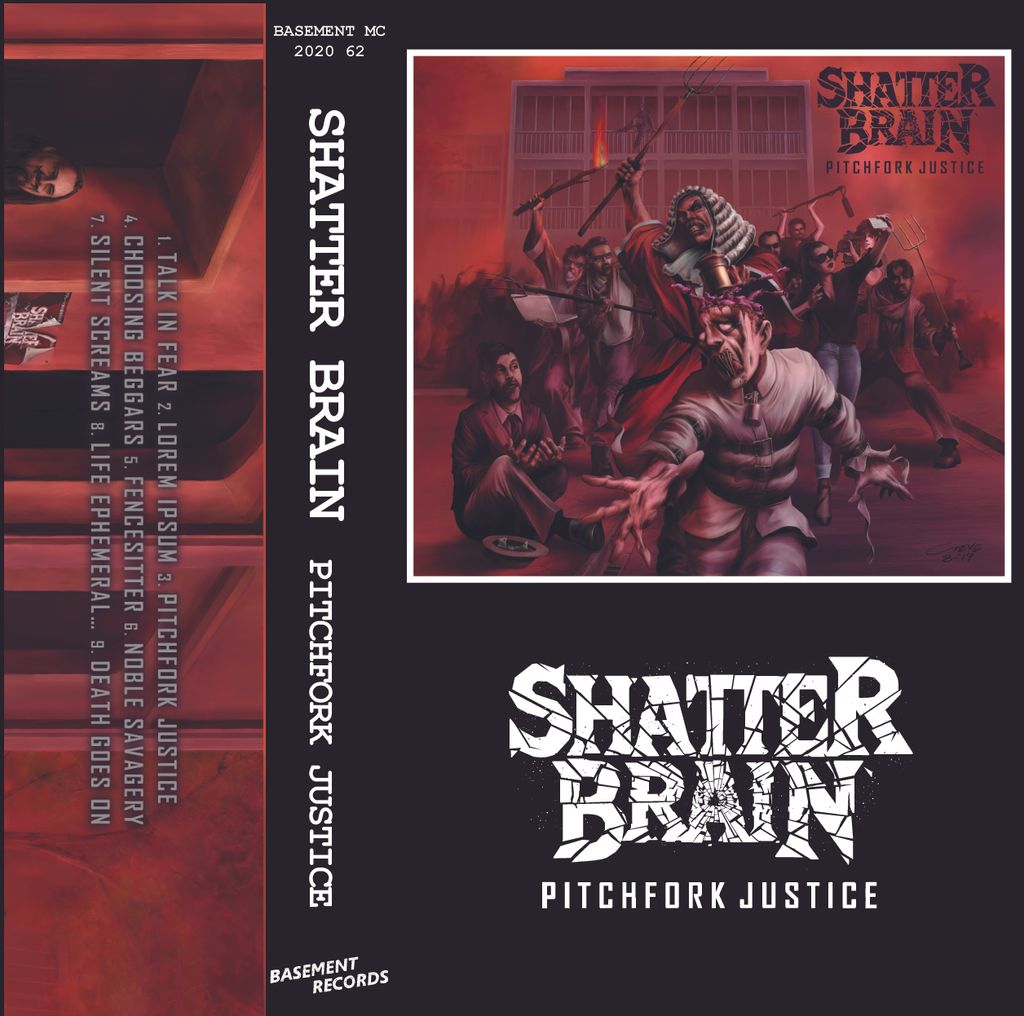 Hailing from Adelaide, Australia and made up of members of some of the top Aussie bands, Shatter Brain have released their new record, Pitchfork Justice via Wormhole Death.

Shatter Brain are a hybrid band, not just in makeup but in sound, taking sludge, thrash, crossover and hardcore and cooking up something special, Pitchfork Justice being a prime example of the band's capabilities when unleashed. This is an infectious record that changes tempo and style frequently but seamlessly, whilst never compromising its integrity for a single second.

Following up on a demo and a split EP with fellow Australian outfit Blunt Shovel, Pitchfork Justice is as fine a debut effort as you could want from a band that's not afraid to carve out its own niche and spit venom at today's society via its lyrics.

Standout tracks include 'Choosing Beggers', 'Noble Savagery' and 'Talk In Fear' all of which bring their own brand of chaos to the record, though picking out these tracks amongst the calibre of the rest of the tracklist was no easy task, the album is tight from start to finish.

Anyone looking to fill a gap waiting for new music from the likes of Mastodon, Power Trip or High On Fire will not want to sleep on this release, a true contender for album of the year 2020 in our mind. (https://www.metalsaves.co.uk)