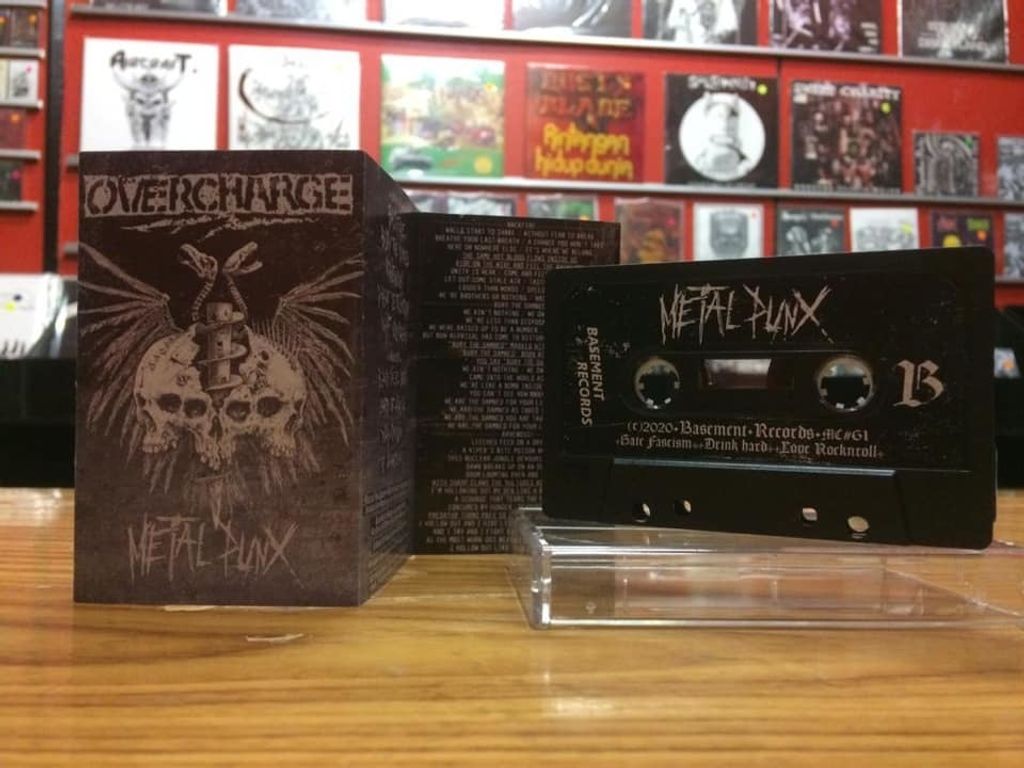 Overcharge has been pretty much active since its formation in 2012. The determination of this intense Italian rock’n’roll charged d-beat trio resulted in impressive discography, mainly comprised of self-titled promo recording, debut full-length album Accelerate, following recording such as critically acclaimed Speedsick, and Electric Reaper EP. Overcharge traveled a long road since their formation in Varese, eight years ago and proved to the fans this specific genre they’re up to the task. Metalpunx is their profoundly anticipated third contribution to the broader audiences, composed of nine fierce compositions propelled by the eighties rock’n’roll, heavy metal, d-beat, and hardcore punk sound. There’s a strong resemblance with a wide array of renowned groups who shaped the sound for more than four decades, but Overcharge has decorated brand new recordings with exceptional sound production that unquestionably carries all instrumentations upfront. Metalpunx leans towards the eighties metal heritage previously showcased by Motorhead, Venom, Carnivore, Inepsy, or Black Breath. This graciously displayed dominance of heavy metal has been piled by outstanding punk rock attitude previously presented by the heavyweights such as Discharge, Broken Bones, Sacrilege, Zeke, and GBH. However, all these influences exhibit a certain form of accentuations, while Overcharge solely relies upon their creative strivings. Somewhere underneath all aforementioned accentuations lays the ultimate power of Overcharge. Surely, their music has been ridden by tremendous rock’n’roll riffages, shredded into energetic sonic clusters. These riffages have been saturated by hypnotic heavy metal and crossover thrash dynamics, while the graciously distorted basslines fulfill the atmosphere with another dosage of noisiness. Drumming performance completely chops everything into tiny pieces with crushing rhythmical acrobatics. Vocals utterly depict the eighties era with compelling shoutouts, additionally empowered by subtle dosages of studio reverb. Metalpunx sounds like a charm from start to finish. Compositions are expertly composed, structured, arranged, and executed according to some fundamental standards of the genre. The entire concept would flawlessly fit the post-apocalyptic imagery of the Mad Max franchise because of the topics embraced through the lyrics. To be more precise, Overcharge thought about each aspect of this album. Metalpunx has been published on vinyl in collaboration between Angry Voice Records, Phobia Records, NIC, and Calimocho DIY Records. (https://thoughtswordsaction.com)