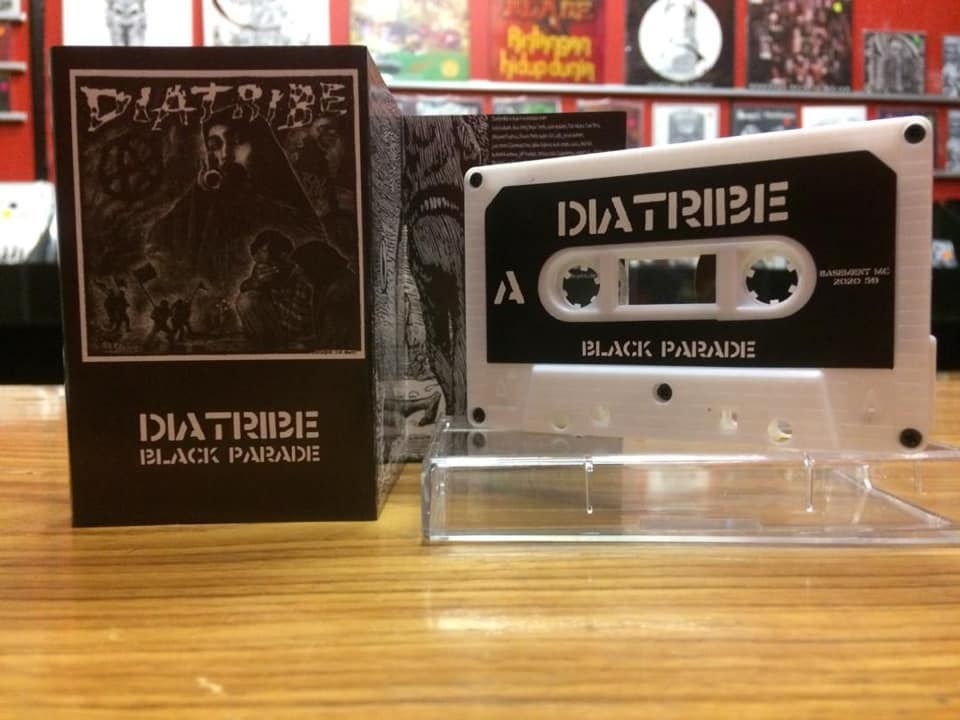 The first documented D-Beat genre band from the USA was Diatribe from San Diego. Firmly entrenched in the US hardcore scene, the band formed in 1984 and recorded the "Aftermath" EP in January 1985. The EP was characterized by a raw early-Discharge musical style with lyrics focusing on the horrors of nuclear holocaust and war. Diatribe's music has been covered by contemporary D-Beat bands and the Aftermath EP has been the subject of vinyl and CD bootlegs. The band also appeared on numerous cassette compilations and the "We Won't Be Your Fucking Poor" compilation LP on Mortarhate, UK.

Even after the band disappeared, it seems that Mr. Vinne, a vocalist, was still active in a group called THE SHIT GIVEITS, but in 2006 an important band member passed away and the band also stopped activity and Vinnie who was in disappointment was trying to encourage old friends. DIATRIBE seems to have headed for a restart after talking to each other.

After that, he performed activities while repeating several member changes and recorded this album in 2014, but for some reason it did not reach the record release, but it seems that it existed as a work only with mp3 download. This album being mastering by Mr. Jack Control of Enormous Door,

Since all the members except Vinnie have changed, the style has changed from the mega D-BEAT sound at that time, but Vinnie's political attitude seems to be at all stable as long as there is this angry vocal Undeniably DIATRIBE!