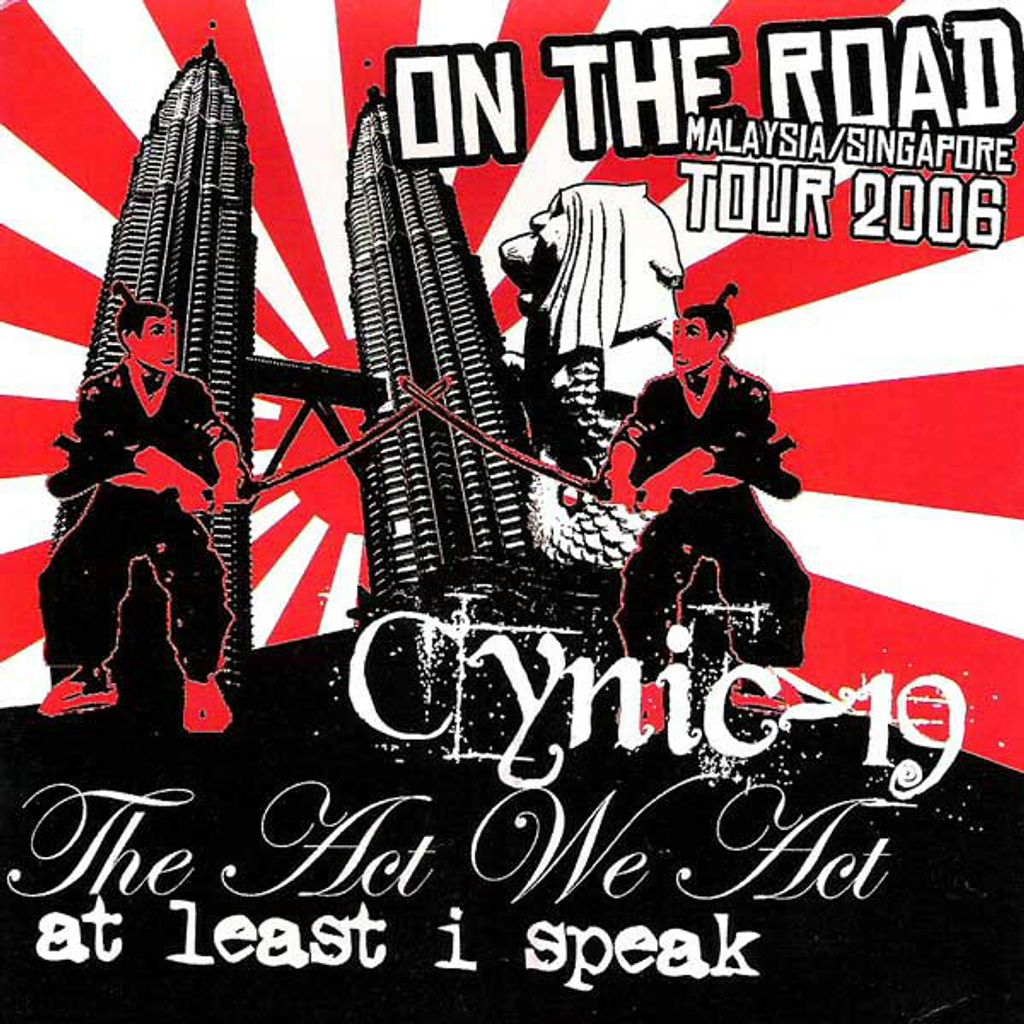 Released in 2006, for their Malaysia/Singapore tour

CURVE - Mellow indie / rock from Japan that sounds like a cross between Radiohead and Sigur Ros or maybe something else.

THE ACT WE ACT - Frantic/spazztic band from Toyota Japan. This band can be called as power violence too, but it’s hard to say since they really mix all type of music, very fast and high guitars, bass lines can be groovy sometimes but always good. Gang of 4, Born Against comes in mind!

CYNIC 19 - 4 piece thrashing hardcore band. They are influenced by Jap and US hardcore with Chaotic Music such as NIGHTMARE, LIP CREAM, and OUTO from Japan and DAS OATH, HATE WOUND CITY, LOCUST, plus any bands on DISCHORD recs!